Myself, Dan (my other half) and Jack found ourselves very newly proud home owners back in March of this year and I got to tell you it does feel like such an achievement to own a piece of land on this rock.

We purchased the house from an elderly lady who was simply unable, due to health reasons, to keep on top of the general maintenance that the garden needed.  It was an amazing purchase as the amount of land that came with it was incredible.  A lot more than any other property on our street.

I have something of a passion for turning something that is rundown into something of beauty again and when I saw this property I knew that I just had to have it for that reason alone.

Since we have moved in we have done quite a lot of work in small quantities.  Besides updating the old fashioned living room as much as we possibly could with the money we had spare after the move I have now turned my attention to the garden.  As summer is upon us I like to think of the garden as an extension to the house.  Like another room if you will.  I like it to be neat and tidy with nothing out of place.  I am big believer in curb appeal and when we moved in this property looked more like something out of a horror movie than a welcoming abode.

Above is a before picture as the garden front garden was when we moved in.  It doesn’t really help that the weather was bad on the day that this picture was taken but you can see that everything was pretty much overgrown and out of control.  It was safe to say that I hated everything about it.  Majority of the work that we have done out here is mainly tidying up and weeding… oh boy there was so much weeding!!! 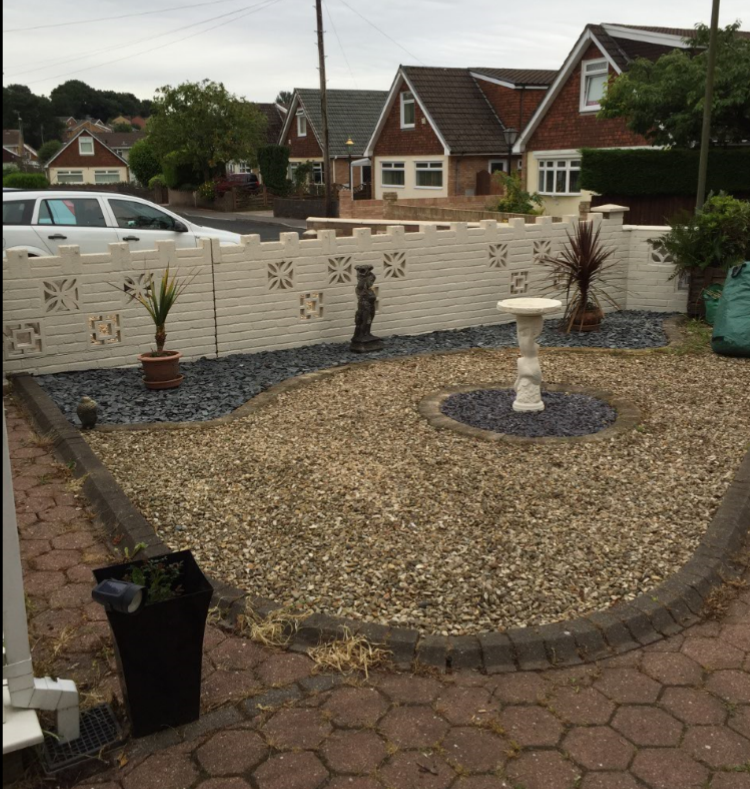 Here is what it currently looks like.  I just finished painting the wall last night.  After days of having to look at it half finished because of the rain we have been having.  Yes it rains in Wales even during the summer! I love how much of in improvement it has made and am actually starting to enjoy looking out of my window at this.

there is a still a whole lot of garden left to do but I will keep you posted on my progress.